“Music in Motion” or “The Big Estonia Tour” as we like naming and devising the project, was realized by EVS volunteers based in Estonia to celebrate the European Youth Week 2017. THE ‘2 Dudes and The Germans‘ travelled for one week in a minibus all around the country performing in different Social Centers. 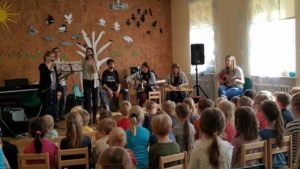 One week in motion

The tour started on Monday, 24 th of April in Tallinn. The inauguration was a show in Tallinn Kullatera kindergarten where the band had such a big success that they had to repeat the entire performance for a new class of children. The Day in Tallinn continued with the performances in the Social Center of Bethel Church Youth Center and Pääsküla.

The band spent the night in Kullamaa to be ready to “rock” the high school the next morning. There we had the chance to perform on a big stage(!) in front of a big crowd; again, a big success. Fast lunch in the school canteen and then onto the road again with direction to Pärnu Youth Recreation Center.

On Friday 26 th the band woke up in the kindergarten of a snowy Kilingi-Nõmme. With colorful drawings, body percussion and shows a cheerful crowd dancing to our music became a real party. In the afternoon the minibus also stopped in Calgary Home and Open Youth Valga before reaching Viljandi to rest for the night.
What a day!
The stress of the tour was testing the volunteers who were becoming tired by the circle of “perform-pack stuff-hit the road-repeat”.

But what happens when your PERFORMANCE turns into a party?

Fresh water, new energy, awareness of the power of sharing happiness. That is what happened in Viljandi! Especially in SA Family Home in the morning and in Karula home in the afternoon, the band found out what really MEANS the motto “Give to Receive“. The reactions and the joy of the crowds that day gave to the band something which is just impossible to forget. Having recharged their batteries in a sunny late afternoon in Viljandi the volunteers were ready to take on the last two days of the tour: performing in Tartu Lille Maja and Xhosa Youth Club on Friday 28 th and Paid in Open Youth Center on Saturday 29 th . 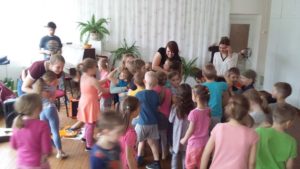 We did what we love; playing music. But day by day we realized we were doing more and more than this. We make people happy, we gave the children a new idea of ​​healthy and joyful entertainment, we communicated with the disable people through the power of music. Every show was an injection of energy, a reason to do it again and again – because it was something great. That is something not just appreciated, but something that is also helpful. We came up with the idea for this not to be a job: to bring happiness and enthusiasm to the people without big possibilities, to teach children different ways of sharing and enjoying together, to leave a mark in what all of us have to gain with a world full of smiles.

Some more photos and information is to be found in Facebook event.

On behalf of the band
Riccardo Zorgno 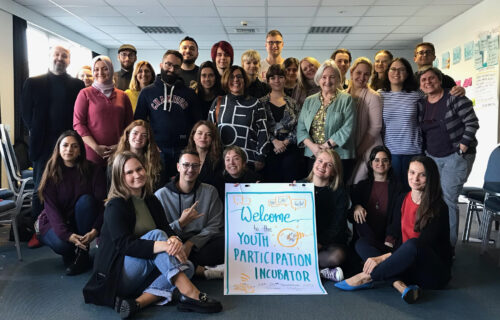 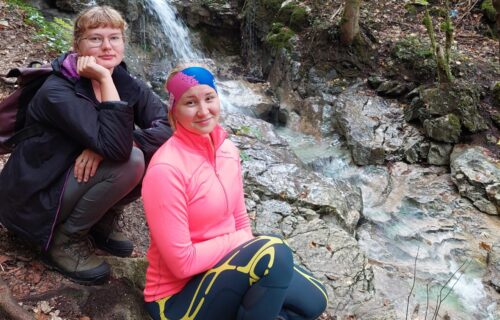 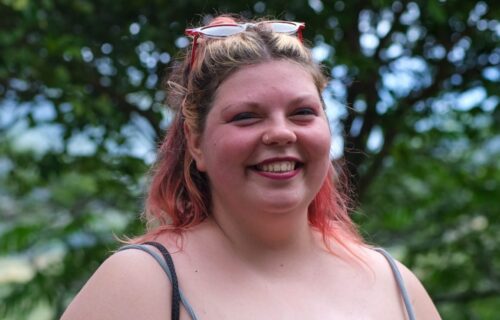